Uncrate is the leading buyer’s guide for tech and hardware. With over 9,000 items covered and more than 1.5 million monthly readers, Uncrate is widely known for digging up the best of the best products.

Uncrate has picked up a very old version of the app (in fact it looks like one of the earliest). The app has been extensively redesigned since them, see below for the new screen. 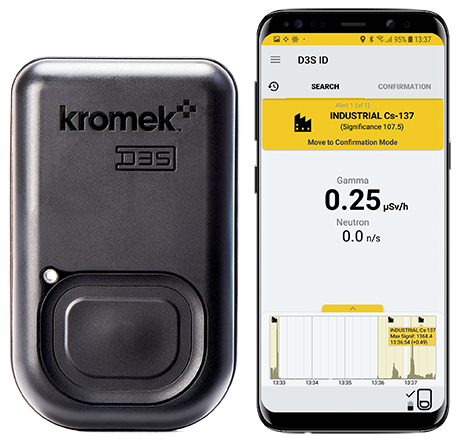 The D3S now comes in three versions, all capable of operating in high dose environments:

You can see all the versions of the D3S side-by-side on our website.

Front page of Uncrate can be found here: https://uncrate.com/

See us at CBRNE Convergence 2019

We will be demonstrating the D3S range of products. This wearable personal radiation detector is a standalone detector for real-time in-field isotope detection and identification.

D3S ID meets the requirements of the Guideline "Checking of waste, recycling and landfill materials for possible radioactivity."

Two extension contracts worth circa £1.6m from European and US customers to be delivered this year.