From initial concept and design to the final product being produced, we work closely with the end user to ensure its durability, sustainability and longevity. Something that has been proven time and time again with our relationship to the Military.

For Military personnel across the globe, it’s imperative that they have the best of products and solutions available to them to do their job. For any military operation, the ultimate goal is to ensure not only the safety of the individual, but the safety and livelihood of the people and country they serve. Here at Kromek we’ve designed a range of products that enable the end user, a front-line solider to do just this.

Just one of our Products that helps towards the above is the D5 RIID, designed in 2020, it has continued to go from strength to strength. Throughout the development stage, the team worked closely with the Defense Threat Reduction Agency of the US Department of Defense, enabling us to ensure the RIID was fit for purpose. The goal was to ensure that any individual from any regiment of the armed forces was able to use the device, but also decipher the information that it provided, allowing for decisive and instant action to be taken. The device is designed to be used on extended adjudication missions. The detector resolution and advanced algorithm enables rapid identification of potential radioactive threats. This allows accurate in-field adjudication of special Nuclear Materials (SNM), even when heavily masked during tactical response missions. 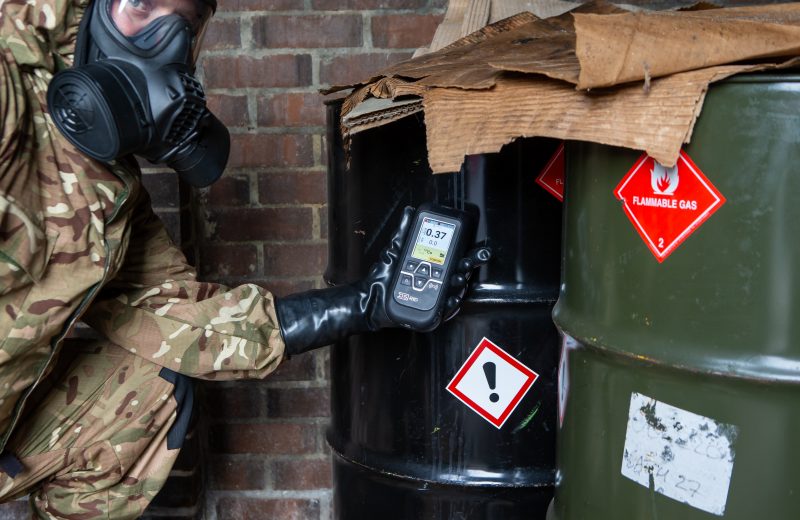 The D5 in action

There are many reasons why the D5 RIID has been adopted by armed forces, firstly, its ability to detect and identify sources from a distance, ensuring your safety and secondly, the RIID comes in at just 660g, compared with legacy instruments often weighing more than 2kg. With a myriad of equipment already on your persons, this lightweight device doesn’t hamper your operation or drastically add weight and can be both belt and body worn. 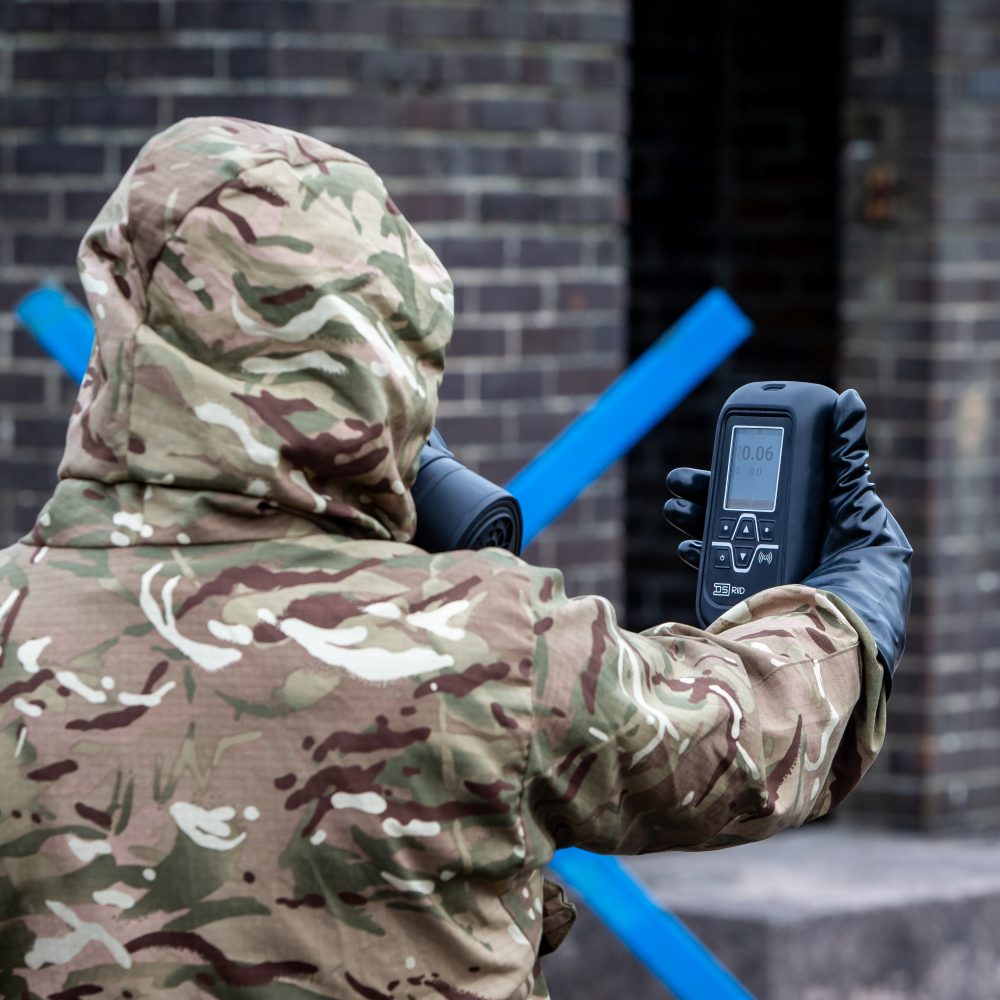 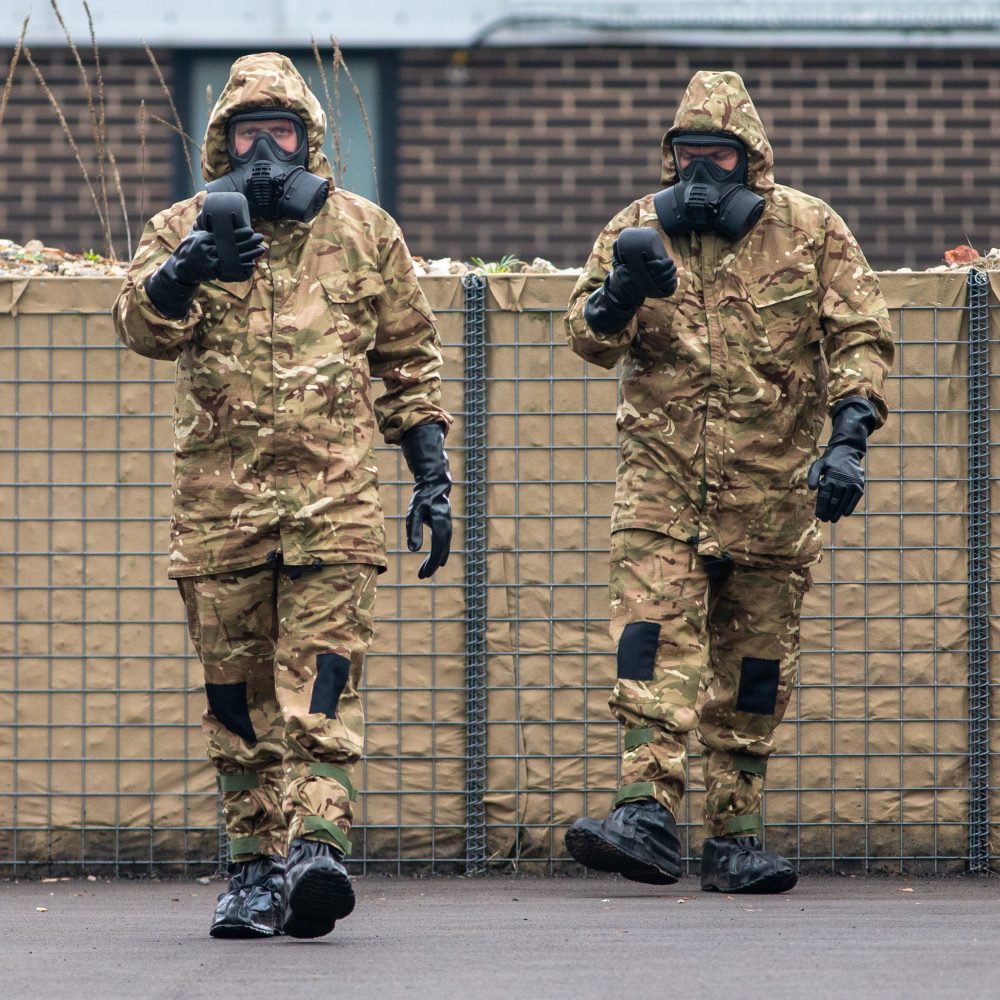 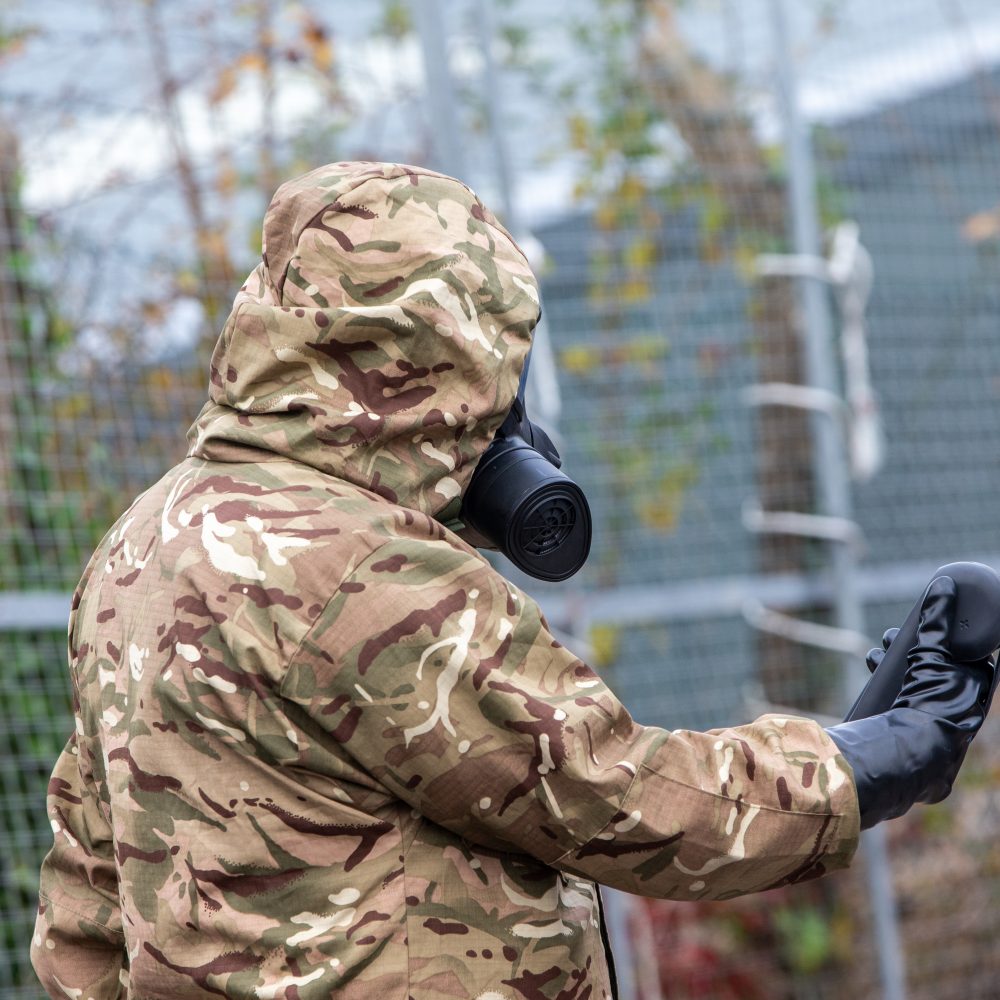 Defense departments need dedicated systems and instruments to secure personnel and equipment and to support emergency services in case of a CBRN threat. The D5 RIID’s small size and weight along with high sensitivity make it ideal for prolonged onehanded security screening operations, as well as discreet monitoring. It fits securely onto a utility belt, can be handheld and takes away the need for cumbersome solutions that hinder you in your role.

Discretion is the key to the success of the D3S ID

The wearable, discreet and lightweight D3S ID is another game changer for Military operations and personnel. The unobstructive, handsfree device was designed to allow you as front-line personnel to take it out of the box, switch it on, put the sensor on your belt, the phone in your pocket, and you are good to go. Using the D3S, you can quickly and easily become a radiation detector giving you fast coverage of a location. Whatever the mission may be, dirty bombs, radioactive contamination, smuggling of radioactive substances or radiation at the scene of an accident or terrorist attack, the D3S ID can be used in both high dose and low dose radiation environments.

With the D3S ID you can go anywhere a terrorist could have gone and search areas quickly and efficiently. Unlike static or vehicle-mounted detectors, a person carrying a hidden detector is tough to avoid and detect; literally, anyone could be carrying a D3S ID. With audible and tactile alarm settings, you’ll be able to remain conspicuous throughout. Within the D3S Net, if you’re also looking for a networkable solution, our D3S Net can be linked to a forces internal network or the potential to add links to the DARPA Sigma network, ensuring any radioactive substance alerts are shared back to a centralised control room where further strategic decisions and teams can be deployed in an instant. 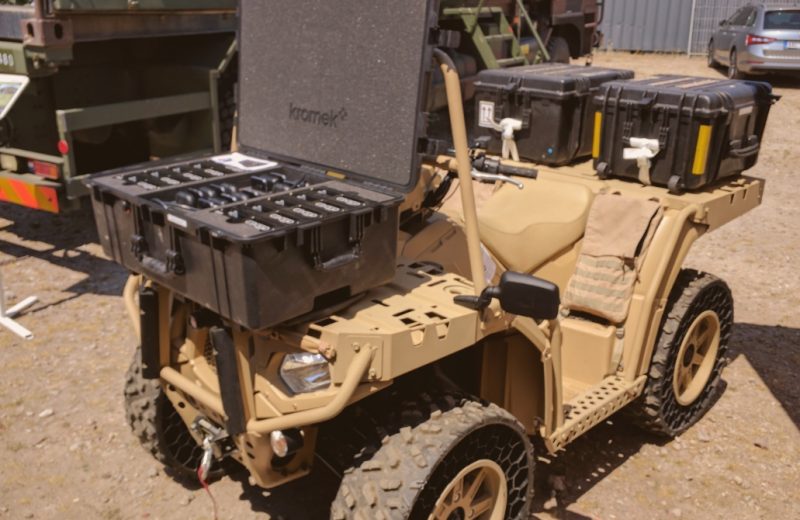 Alongside the threat of Radiological warfare, there is also the potential for a bigger, more dangerous threat in the way of Biological Pathogens, forcing nations to their knees, as we've seen with the COVID-19 Pandemic.

As warfare becomes more intellectual and enemies look for ways to outsmart their targets, it’s time to ensure that your nations military has the correct equipment to hand at the correct time to ensure they can prevent a potential catastrophic incident. A threat that is becoming more intellectual and more prevalent than ever, is that of Biological Warfare. Owing to this, the team here are Kromek, have developed a Biological Sequencing system, a system that enhances a military’s reach and ability to detect a potential threat and act instantly.

The Biological Threat Detection system is a self-contained, mobile platform that removes samples from the air at any given, or specified time allowing for early identification of all airborne pathogens days earlier than is currently possible. Whether this system is placed into a military vehicle on a routine patrol, or a static system, placed into a concealed area, samples are tested from the air and detect illness before signs and symptoms begin to show in a potential infected individual, thereby reducing the exposure to the disease by others.

With the data collected sent to a centralised control room, commanding officers are able to act instantly, alerting governments, medical professionals and health organisations, to ensure steps can be taken in preventing disasters. 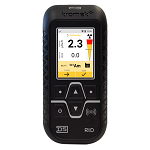 The D3S ID, is a wearable RIID designed for CBRNE and other security personnel, such as first responders, military and border security that offers Gamma Ray and Neutron detection. 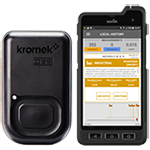 Speak to an expert

Reach out to us below and one of our product experts will be in touch to answer any questions you may have and to provide more information on our range of products and solutions that will support and enhance any military operation or team.