For the alpha detector, they used a very thin (0.05-mm-thick) a cerium-doped Gd3(Ga,Al)5O12 (Ce:GAGG) scintillator and silicon photomultiplier (SiPM) arrays as the photodetector.

To measure the gamma-ray spectrum of the smear papers they use a Kromek GR1. This is a CZT-based gamma spectrometer which gives very defined sharp energy peaks to allow a definite isotope identification.

The results obtained show that heightened radiological contamination exists around the site within the drainage network where the material is observed to have collected, having been transported by transient water runoff events.

We measured alpha emitters obtained from a reactor building in the Fukushima Daiichi Nuclear Power Plant (FDNPP) by using an alpha particle imaging detector. For developing the detector, we used a very thin (0.05-mm-thick) a cerium-doped Gd3(Ga,Al)5O12 (Ce:GAGG) scintillator and silicon photomultiplier (SiPM) arrays as the photodetector. The floor of the reactor building in FDNPP was wiped off by using smear papers, and the radioactivity of these papers was measured by the alpha particle imaging detector. In addition, we measured a Plutonium (Pu) sample (mainly 5.5 MeV alpha particles from 238Pu) obtained from a nuclear fuel facility by using of the same detector for comparison with the smear papers. The alpha spectrum was in the energy range of 5–6 MeV, which corresponds to the alpha particle energy of 238Pu (5.5 MeV). The correlation coefficient of the alpha spectra of the smear papers and the Pu sample had a strong positive linear relation. Moreover, the peak of 241Am was identified by gamma spectrum measurement. Based on these results, we report actual findings of alpha emitters in the FDNPP reactor buildings originating from nuclear fuels. The surface contamination level of alpha emitters exceeded 4 Bq/cm2. 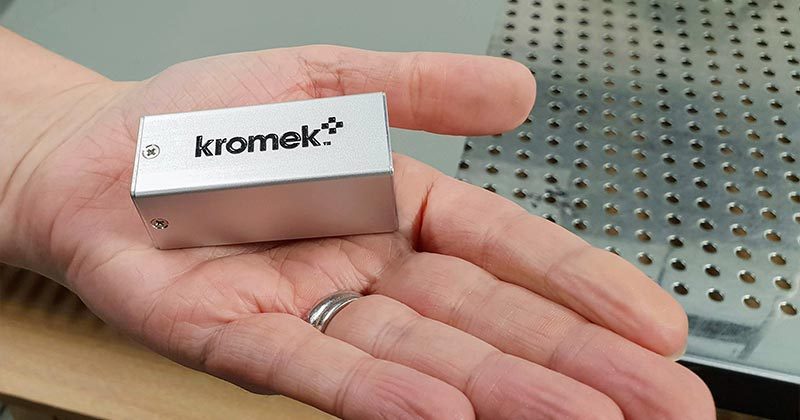 Find out prices and full specification for the GR1