Kromek detectors have been used on a range of helicopter-style drones, a rotary UAV is perfect for getting into tight places, getting close to the point of interest and hovering in place allowing the radiation detectors time to work. This makes UAVs ideal for radiation mapping and CBRNE Homeland Security patrols.

But what if you need to map a whole forest?

The Red Forest is a ten square kilometre area around the Chernobyl nuclear power plant. The forest gets its name and its colour from the pine trees that were killed by the high level of radiation they were exposed to following the nuclear accident. Everyone expects it to have some contamination but how can such a large area be radiation mapped efficiently. 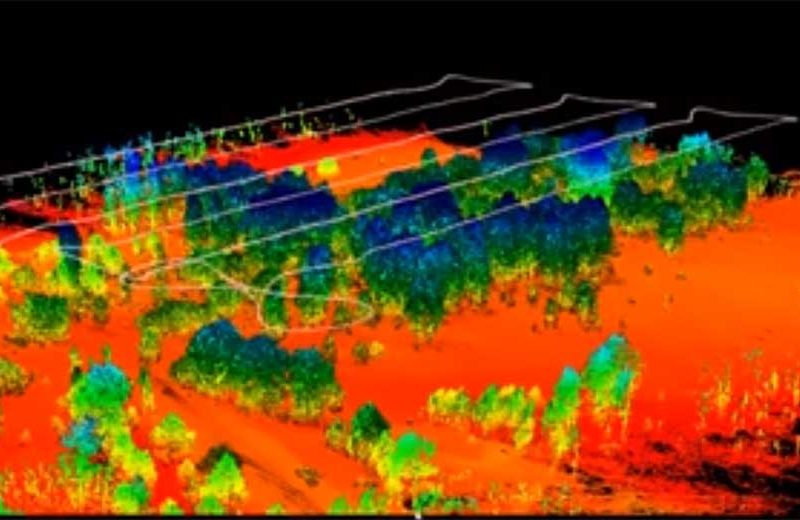 This was the mission undertaken by Prof Tom Scott, with a team from Bristol University and the NCNR (National Centre for Nuclear Robotics). The NCNR is a UK nationwide consortium of research experts tasked with developing the next generation of technologies that can be used to clean up Britain’s 4.9-million tonnes of legacy nuclear waste. They are specialists in robotics, artificial intelligence (AI)/machine learning, sensors, electronics, and materials working across eight institutes, centred on a hub at the University of Birmingham.

Fixed wing UAVs provide several advantages over rotary UAVs: they can fly for longer, they can fly faster, and they typically can carry a heavier payload.

In this case, a fixed-wing drone was outfitted with two Kromek Sigma 50 radiation detectors. The Sigma 50 is a scintillation detector using CsI(Tl), thallium activated caesium iodide crystal. CsI(Tl) has a light output of 54 photons/keV and is one of the brightest scintillators known. The Sigma 50 itself is robust and can survive in the field and does not require any cooling. The team already had experience of using Sigma 50s in rotary UAV drones.

The fixed-wing drone proved itself up to the task, giving the team longer flight durations at higher speeds thus enabling larger survey areas per given flight. They were first used to make a general radiation map by flying at about 40mph (65km/h) just above the treetops, in a grid pattern, flying 50 missions over ten days. Places of interest were then followed up with rotary-wing drones (UAVs) which allowed the radiation detectors to take more precise measurements by hovering over the area of interest and using their sensors to acquire high-resolution, 3D information.

Overall the survey confirmed that the forest had the expected levels of radiation present which because of the work of the group were now mapped in much more detail. The new survey did reveal several areas of high radiation levels.

You can hear Tom Scott talk about the mission with the BBC here: https://www.bbc.co.uk/news/science-environment-48193866