The D3S on patrol in a police car

The D3S NET was being used by a police officer (as part of their standard CBRNE equipment) sitting in their patrol car watching a very busy bridge between two large metropolitan areas. On average cars travel over 30mph on this bridge which has over 100,000 vehicles crossing per day.

The D3S radiation detector was on the officers’ equipment harnesses as they sat behind the steering wheel of the patrol car.

The patrol car was parked 55 metres (180 feet) away from the traffic.

The D3S alarmed (the phone can also be set to silent vibrate if required) announcing it had detected a range of isotopes (the phone voice chip tells you the names of the isotopes it finds and can even do it in Japanese). The D3S identifies gamma isotopes and classifies them into Medical, NORM, Industrial and SNM classes. It can also identify the presence of neutrons, important to detect sources that have been shielded. 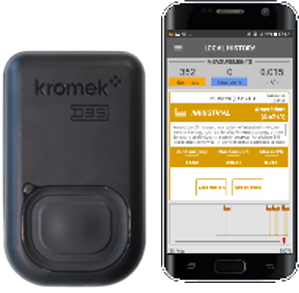 The police officers quickly turned on their flashing lights and siren, entered the line of traffic and used the D3S to track and identify the vehicle. Once the vehicle was pulled over the officers found out the driver had a licence to carry the isotopes and sent him on his way.

The D3S is available in PRD, ID and NET versions. Each version uses the same phone and palm-sized detector. Each can be transformed into a different version with an easy to do software upgrade making the D3S adaptable and future proof.

This user story about finding radioactive material at a bridge crossing is anonymous. Unless given express permission by the user we do not divulge the location, names or specific use of any of our security products because doing so would compromise the security at the location.
We hope you understand.

Used by CBRNE professionals around the world

See us at CBRNE Convergence 2019

We will be demonstrating the D3S range of products. This wearable personal radiation detector is a standalone detector for real-time in-field isotope detection and identification.

D3S ID meets the requirements of the Guideline "Checking of waste, recycling and landfill materials for possible radioactivity."

Two extension contracts worth circa £1.6m from European and US customers to be delivered this year.

The D3S is designed for CBRN professional so has to be able to withstand the rigours of your mission. 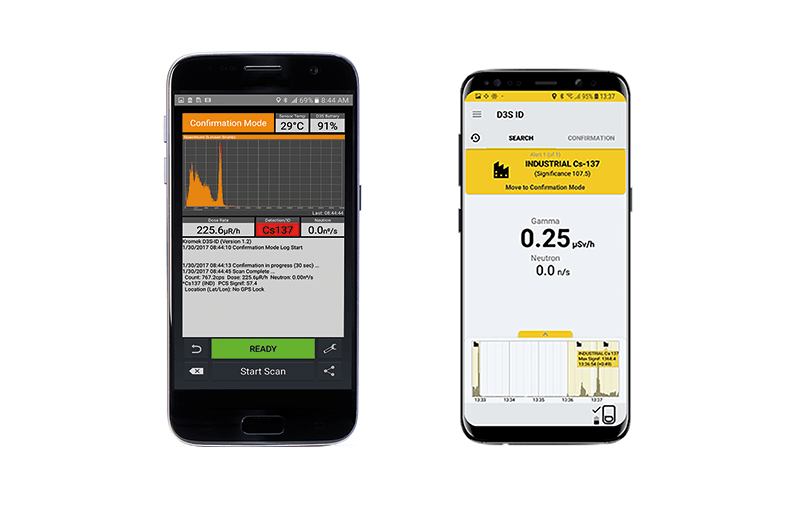 Starting from 11 June 2019, you will be able to download and install the latest D3S ID app version 2.2.5 from within the app menu.