Using the GR1 to measure radiation levels at Fukushima

This was one of the first times the GR1 was used on a flying drone to provide a radiation map of the area that could then be superimposed over the 3D terrain map produced by the LiDAR system on the drone.

LiDAR is a remote sensing technology which uses the pulse from a laser to collect measurements which can then be used to create 3D models and maps of objects and environments.

LiDAR works like radar but uses a laser beam which bounces off objects or the ground  (rather than a radio wave used in radar). The system calculates how long it takes for the light to hit an object or surface and reflect back to the scanner. The 3D visualization produced is called a point cloud.

The GR1 is one of the smallest sized detector made by Kromek. The GR1’s lightweight and low power needs make it perfect for use on drones.

Its radiation detecting properties make it perfect for investigating radiation levels and identifying the gamma isotopes present. The GR1 is an uncollimated, small volume (1 cubic centimetre cadmium zinc telluride (CZT) crystal), co-planar grid spectrometer with an energy range of 30 keV to 3.0 MeV, with an energy resolution of <2.5% @ 662 keV. Electrical noise within the detector was <10 keV Full Width at Half Maximum (FWHM). 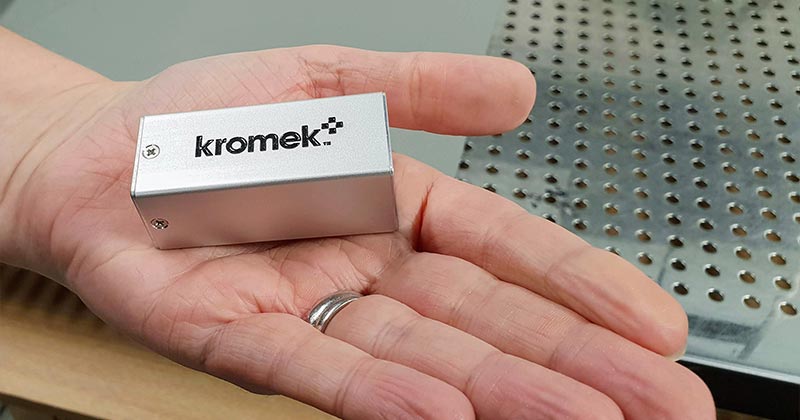 The results obtained show that heightened radiological contamination exists around the site within the drainage network where the material is observed to have collected, having been transported by transient water runoff events.

Read the full study and results

Find out prices and full specification for the GR1